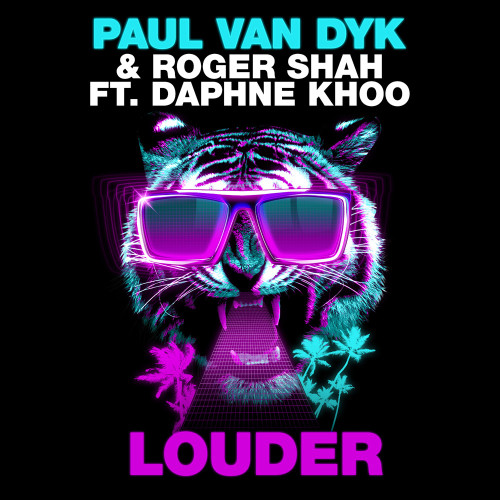 Lest you hadn’t caught the thread, Collaborations, with a capital C are the name of the ‘POD3’ game. Following a string of album initiating, Beatport/iTunes dominating singles, early March sees ‘Politics 3’ flip its fourth co-op card. Having already teamed up with Ummet Ozcan, Aly & Fila and others, ‘Louder’ finds Paul van Dyk sharing studio time with that most Balearically minded of men, Roger Shah.

Adding to ‘Louder’s already exotic equation is Australian-born/Singapore-raised/Manhattan-based singer Daphne Khoo. Collectively the three have come up with something that’s as irrepressibly catchy and spirit-filled, as it is floor intoxicating.

A PvD/Roger Shah studio team-up has been a long discussed waiting-to-happen for the pair. Only through the genesis of ‘The Politics of Dancing 3’ though has that collaboration finally reached fruition.

A departure from the trancier ethics of recent singles ‘Guardian’ & ‘Only In A Dream’, the Club Mix delivers something designed to light the upcoming festival season up brighter-than-bright. Daphne Khoo, a first season finalist on Singapore Idol and no stranger to the stage, is the songstress that brings ‘Louder’ its head-rush ebullience.

Collectively, a release so large, it should technically require some sort of planning permission, ‘POD3’ gets ‘Louder’ from today
Tracklist:

Originally written for ENL by Starkprofilespr