As if Texas wasn’t hot enough, SNBRN (Kevin Chapman) turned up the heat and gave Houston one hell of a night to remember. Correct me if I’m wrong, but the South, especially Texas, has an unmistakable inclination towards the trap, hip-hop and dubstep side of the EDM spectrum. After moving from California to Austin, TX, this observation quickly turned into an apparent one. Producers like Yellow Claw, Caked Up!, Flosstradamus, Crizzly, Snails, Bro Safari, and Gamma are household names in this part of the country. Therefore, it’s safe to say that it was a rather huge undertaking for an up-and-coming talent like SNBRN, whose style is not within those bounds at all, to play in Houston, a city with deeply rooted foundations in the aforementioned sub-genres of music. But with a great risk comes an even bigger success. The raw energy that emanated from the crowd that night at Stereo Live was incredible. SNBRN immediately captivated the audience with his funky beats and groovy bass lines. And of course, the unforgettable good vibes. 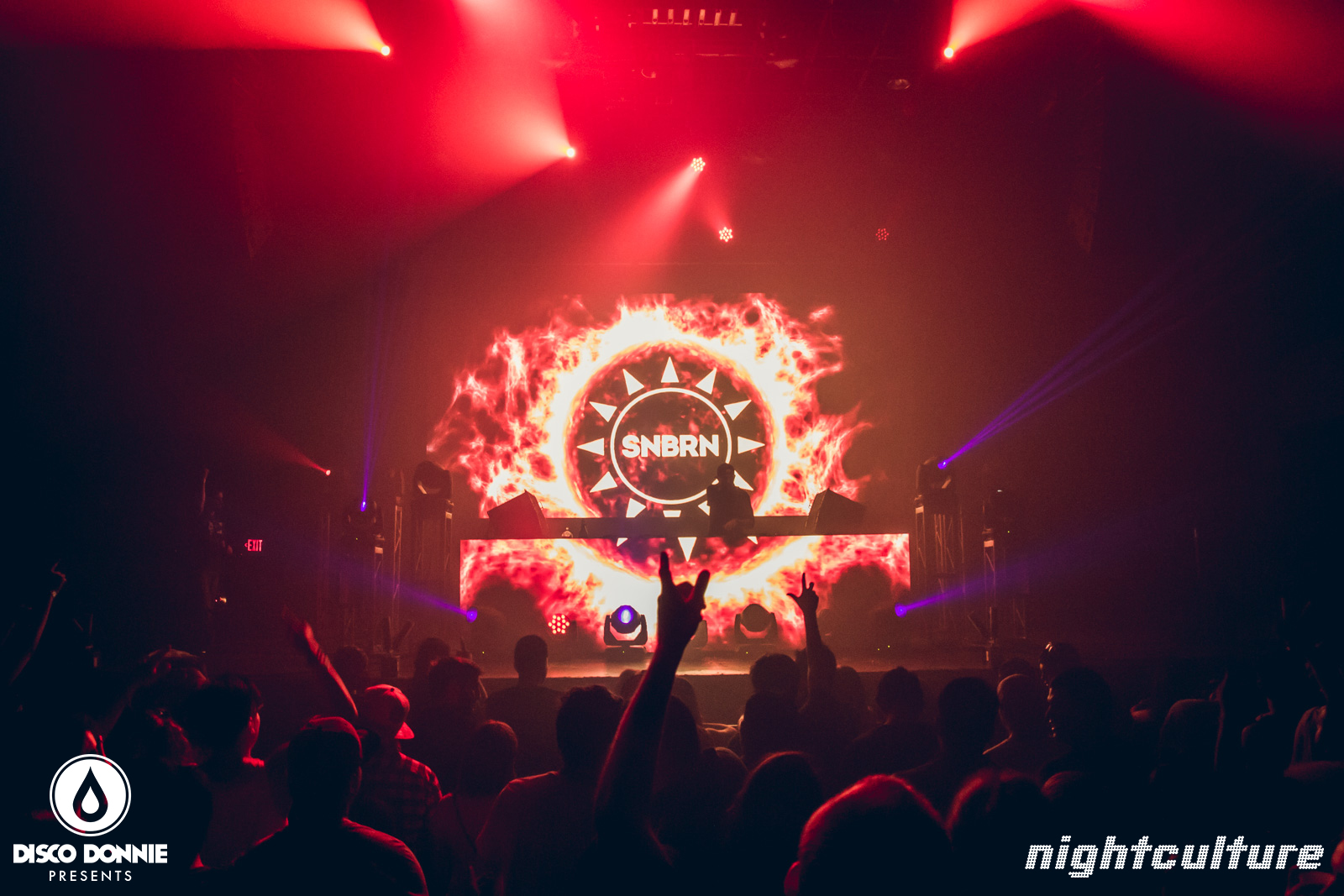 Upon hitting the decks shortly after midnight, SNBRN’s logo flashed on the big LED screens: red, fiery embers of a sun silhouetted Kevin as he opened his epic set with “Raindrops” featuring Kerli, a single that has well over 11 million plays on Spotify (Ha, ironic that his number one hit single is titled “Raindrops,” eh?). This track combines elements of melodic vocals, upbeat chords and webbed synths, creating the ideal feel-good dance music. A good number of people knew it and sang along. But whether it was their first time hearing “Raindrops” or their twentieth, EVERYONE synchronously bounced with their hands up in the air. As the night went on, Kevin continued to build feeling and tension that made every single person in the club want to groove. Hardly anybody dared to leave the packed dance floor in the heat of his set. It was evident that they embraced his music’s newness and underground feel, welcoming each song selection with loud cheers and your typical “ooh-ooh” calls. His crowd control at Stereo Live was noteworthy to say the least. Not only going with the flow, but really feeling out the crowd and intricately taking them through dynamic highs and lows.

It takes more than just raw instinct to command a crowd: It takes guts and versatility. In the past couple of months, I have had the pleasure of seeing Kevin play on multiple occasions. And it’s easy to say that each of those sets were noticeably unique from one another. At Snow Globe Festival in Lake Tahoe, he played at the Igloo Tent where it called for a lot of deep house and techno. But when he visited San Diego for CRSSD Festival’s debut, the mood significantly shifted to a more chill, tropical vibe. However, it wasn’t until Houston that I came to full realization of his skillful expertise on customizing sets. Kevin readily adjusted his material to accommodate a more explosive show in order to match the crowd’s insane energy level. Taking me by surprise when he dropped RL Grime’s “Tell Me” and Jack Ü’s “Where are Ü Now” when comparing this set to previous ones. His Houston set was straight up “fire,” and probably my favorite one due to its creative license and unpredictability. Kevin’s ability to flawlessly shift gears without compromising his distinct funky flare is truly remarkable and comparable to other producers/DJs who have been doing this longer. 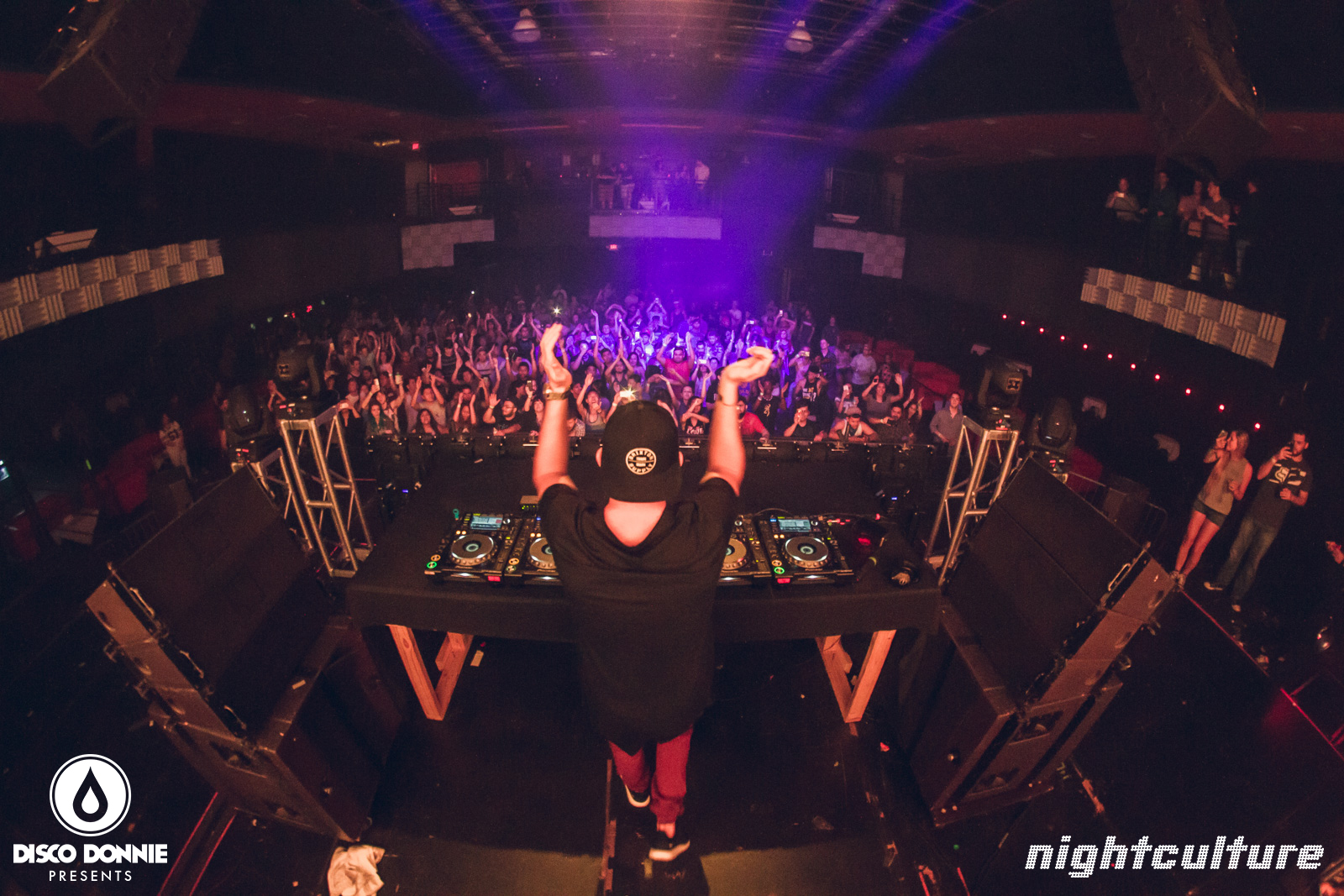 Mind you, this would be one of the first times Stereo Live has ever been exposed to the funky nu disco spectrum of EDM, making SNBRN a trailblazer for other producers to come. The crowd even demanded for an encore at the end of the set as a sign of appreciation for going well and beyond their expectations.  Looking  at the bigger picture, a huge part of this success is owed to the overall appeal of SNBRN’s music which can be described vast and undiscriminating. The heavy, ripping bass lines wet the younger crowd’s palates; but equally, the groovy, sensational funk kept the older crowd dancing. SNBRN came, saw, and conquered. He is quickly making his way to the top. So don’t be surprised if he plays main stage at some of your favorite massives around this time next year or sooner.

With that being said, you have been officially SNBRNT Houston. Tan lines for days.